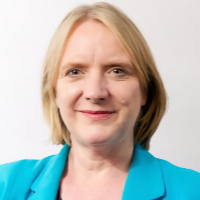 Joanne McCartney AM has been a member of the London Assembly since June 2004. As a representative for Enfield and Haringey, Joanne has been vocal about putting the issues that matter to local people on London’s political agenda. In May 2016, Sadiq Khan appointed Joanne to the position of Deputy Mayor of London. Among her duties, Joanne can act on behalf of the Mayor and can represent him at engagements across London. In the event that something should happen to the Mayor, she will stand in his place until there is a formal election. Joanne is also Deputy Mayor for Education and Childcare. Her priorities include improving childcare and early-years education, working with London boroughs to provide a good school place for every child, promoting and celebrating excellent teaching in London, and leading a London-wide effort to recruit a new generation of head teachers. Joanne has a strong record of tackling the issues that matter to Londoners. Before becoming Deputy Mayor, Joanne chaired the London Assembly’s Police and Crime Committee. She was at the forefront of efforts to make the capital safer and led investigations into confronting child sexual exploitation, preventing extremism in London, and boosting the diversity of the Metropolitan Police. She has also been a strong voice on protecting neighbourhood policing and tackling crime on London’s transport network. Joanne also previously chaired the Assembly’s Health & Public Services Committee. She led efforts to put the spotlight on vital issues including breast cancer screening, the decline of London’s public toilets and access to mental health services. She has also served on the Assembly’s Budget & Performance Committee. Joanne served as a local councillor in Enfield from 1998 to 2006. During this time, she chaired Enfield’s Early Years Development and Childcare Partnership and was a Director of Millfield House & Theatre. Before becoming an Assembly Member, Joanne also enjoyed a profession as a barrister and specialised in employment law. She worked as an adjudicator to the Housing Ombudsman, too, handling disputes between landlords and tenants. Joanne is a mother to three children.