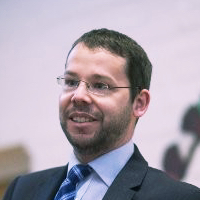 Sebastien has been supporting school leaders on issues of civic leadership for over 10 years. Prior to being a Teacher and Community Organiser, Sebastien studied for a PhD at Cardiff University, where he wrote a thesis on children’s literature and critical pedagogy. Sebastien worked with Citizens UK, where he spent a lot of his time coaching Headteachers, supporting them around issues of youth leadership and community engagement. Sebastien founded La Fontaine Academy and was its Headteacher between 2014-2020, establishing from scratch what became a thriving community school focused on ensuring that parents, teachers, students, and neighbours work together to take responsibility for the wellbeing of their neighbourhood. Sebastien’s contribution to community life was recognised in 2012, when he received a Community Champion Award from then Mayor Boris Johnson. The Company of Educators – a Livery Company in the City of London focusing on Education – also decided to give him their Inspirational Educator Award for his contribution to education in the UK.

Schools in their Communities - Taking Action and Developing Civic Life