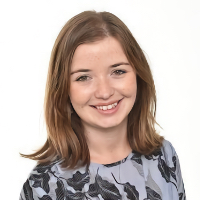 Ally is an Assistant Headteacher at The Belham Primary School in Peckham and an SLE in Leadership & Management for London South Teaching Schools Alliance. She has been with The Belham since it opened as a new free school in September 2015, watching it grow to now a full two form primary. She is also part of the Charles Dickens Research School ‘CPD and Research Working Group’. Ally trained in the North West in an area that was once described as the ‘one of the most deprived areas in Europe.’ This commitment to supporting the most disadvantaged has continued into her teaching and leadership career, spending several years in different boroughs throughout London. Despite the fact that her role focuses more on overall teaching, learning and developing leaders, Ally’s heart will always be in the Early Years and she is happy to share her experience whenever she can. Therefore, she has recently greatly enjoyed working with others within the Alliance to run CPD in areas including ‘Preparing for Literacy ’and ‘Year 1 Play Based Provision’.

Using play-based learning to support vulnerable pupils in Year One